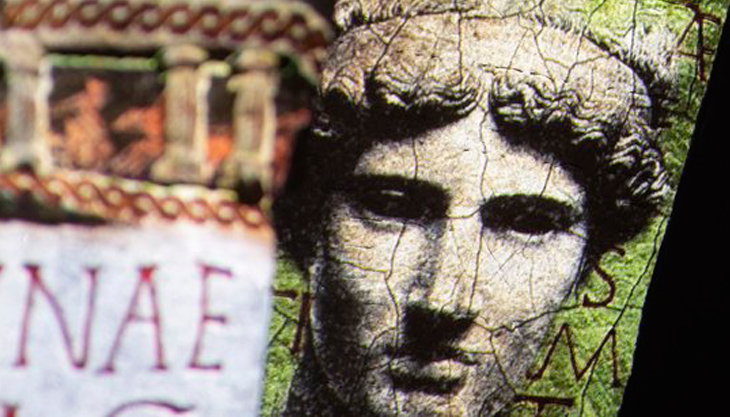 A spectacular and immersive digital projection mapping experience on a monumental scale. Responding to the geographical and cultural narratives resonating from the Roman collections in the museum, this site-specific work will explore a variety of themes celebrating the movement and motion of people, objects and stories associated with this grand frontier.

NOVAK is a creative studio based in Newcastle, and has presented work throughout the world and at some of the most highly regarded arts festivals, including the UK’s largest light festival, Lumiere (London, Durham and Derry-Londonderry), Brighton Festival and the internationally renowned Singapore Night Festival. Their work has been commissioned by the likes of Bloomberg, Google, MTV and has featured alongside many celebrated musicians including Disclosure, Calvin Harris and Jean-Michel Jarre.