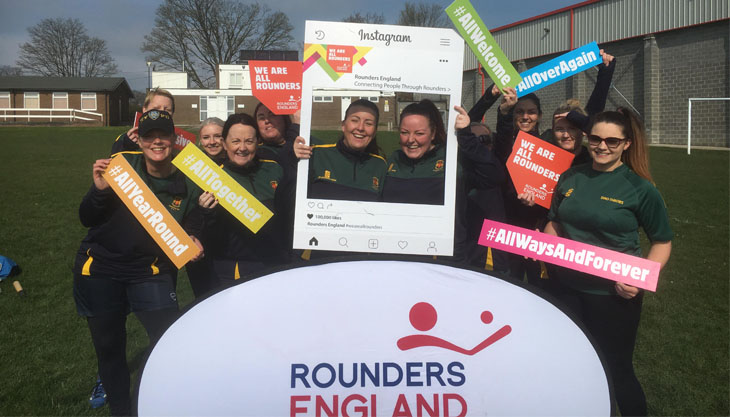 While rounders may not be as widely talked about as the likes of netball, cricket or football, the advantages of children playing it in their formative years are widespread – plus it’s so easy to get involved with!

Heading outside for a good old game of rounders can be hugely beneficial, especially for children aged five and upwards, as they establish their hand/eye co-ordination and relationship with sport and exercise in general. 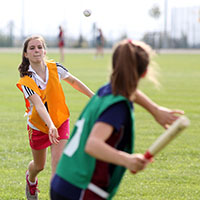 Here are just some of the ways primary schoolchildren can benefit from getting involved in rounders.

With one in five four and five-year-olds being classed as overweight or obese, according to figures revealed by the Local Government Association, childhood obesity is one of the biggest challenges for a generation.

Physical activity, such as rounders, plays a fundamental role in helping children develop a healthy relationship with (and enthusiasm for) exercise. What’s more, it’s a game that’s relatively easy to play compared to most other sports – all that’s required is a bat, ball, four bases and plenty of energy to hit that ball hard and score those rounders!

Rounders is deep-rooted in encouraging lifelong participation by providing children with a positive impact that stays with them forever and is reinforced each and every time they play.

And it’s this desire that spurs them to go on to take part in rounders, not just at school, but out-of-school hours, at the weekends and evenings, and within their local community, with their family and/or friends.

We pay considerable attention to making sure our rounders activities are focused on broadening social circles by playing together and creating a fun way for children to stay active. At primary school-level, we advocate the fun and social aspects of the game, well before developing any sense of competitiveness.

Every year, we at Rounders England, hold a programme of events and competitions to help get the youngsters involved. These events promote the social and fun side of rounders on a national scale to broaden its appeal to players and encourage the game to be played more within the rounder’s community.

#WeAreAllRounders – It’s possible for anybody to get the rounders bug

Rounders is for everyone, of all ages and all abilities and from all backgrounds. And the earlier you start to play it, the better!

The beauty of rounders, is that it’s a cross generational, cross-gender game, that embraces all abilities, meaning there are fewer boundaries preventing children from taking part.

Rounders is an incredibly inclusive game, which helps add to the overall enjoyment, which was reflected in the Customer Lifecycle Research that was carried out by Jigsaw Research in May 2016. It revealed that the majority of interview respondents were initially attracted to rounders because they had enjoyed it at school. To quote the report: ‘Some friends already had their teams, so it was as soon as they said, ‘oh I play rounders’ I was like ‘I used to love playing rounders at school you know it would be good to get back into it.’

There are so many benefits of playing rounders, particularly at primary school age, and they’re all benefits that often stay with children as they get older.

Dan Newton is the Development Director of Rounders England.