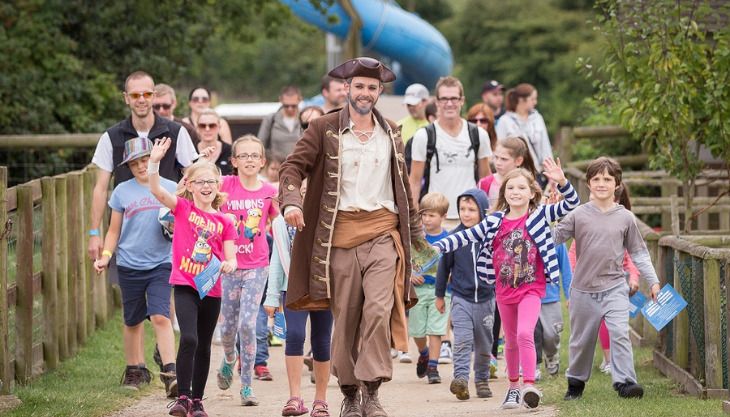 Pirates are due to invade Hatton Adventure World this Whitsun half term from 28 May – 5 June. The fearsome Captain Starling and his dreaded pirate crew will invade the popular Warwickshire family attraction which is inviting children to visit for some swashbuckling pirate-themed adventure, activities, and entertainment!

Carron Smith, Marketing Manager at Hatton Adventure World said “We’re delighted to be hosting our popular ‘Pirate Invasion’ over Whitsun half term, especially after postponing it for the last two years. All week our visitors can experience the golden age of piracy and enter a world of hidden treasure, skulduggery, and pesky pirate antics!”

The all-inclusive price takes away the worry of finding any hidden extras as all activities are included (except for Pony Rides, which are £3). Tickets booked online in advance are £16.95 per person, with under 2s & carers going FREE.