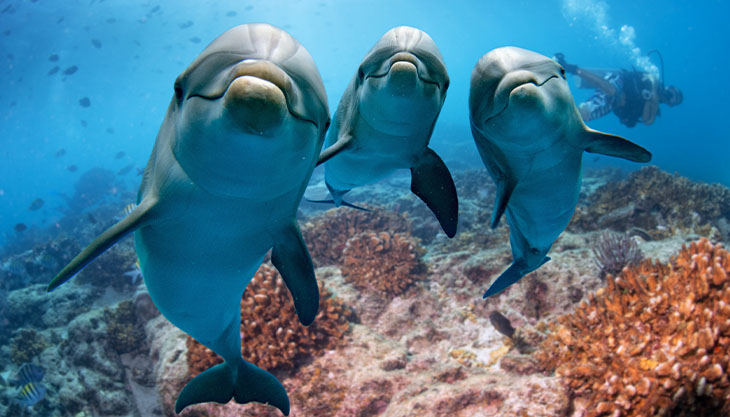 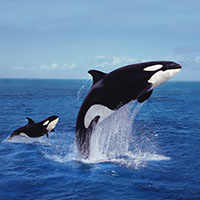 Take a dive into the deep with us as we uncover everything you need to know about these intelligent marine animals.

If you were to imagine a dolphin, you would probably picture something like the animals in the above picture. That’s a dolphin, right?

Well, yes. But did you know there are actually 36 species of marine dolphin, who live in lots of different kinds of environments across the globe? Or, that an orca (AKA, a killer whale) is actually a dolphin? Yes, really! Orcas are one of the world’s most powerful predators and are the largest member of the dolphin family.

Just like their cute, bottlenose dolphin cousins, orcas are highly intelligent and social creatures who live in pods. However, unlike their cousins, orcas can grow over 9 metres long. That’s longer than a double decker bus!

The smallest (and rarest!) dolphin cousin is a species called Hector’s dolphin. They’re found in the shallow, coastal waters of New Zealand, and only measure over 1 metre in length. That’s roughly the average height of a 7-year-old!

Have you ever heard of a pink dolphin? Trust us — they really do exist! The Amazon river dolphin lives in fresh water around South America, and the males of the species are pink. The colouring is believed to be scar tissue from fights — it sounds like you wouldn’t want to make this species of dolphin mad! 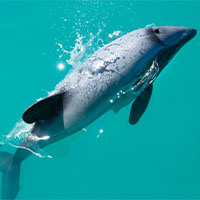 No matter their differences, all dolphins can be classed as mammals. However, mammals are a very diverse group of creatures too, ranging from dolphins, to elephants, to even us humans.

The term mammal means a group of animals who share broad but similar characteristics, like having warm blood and giving birth to live young. We bet you never considered how similar you were to a dolphin before!

All dolphins feed mainly on fish and squid, which they eat headfirst so they don’t get fish spines stuck in their throat. Yuck! But the way they source their food isn’t so gross, and is actually rather amazing. It’s called, echolocation.

Echolocation is like a built-in sonar detection, like what submarines use in deep water. Dolphins will bounce soundwaves off prey to figure out how big they are, and also their location.

Dolphins are also considered to be chatterboxes. Living in pods of between 2 – 30 dolphins, these clever creatures communicate with each other using a series of squeaks, whistles and clicks. Scientists have long researched this incredible communications system, and many believe that dolphins have their very own language, just like humans!

Sadly, some dolphins, including the Māui dolphin, a subspecies of Hector’s dolphin, are in danger because of human activity like fishing and hunting. According to WWF, there are an estimated 55 Māui dolphin left in the wild. 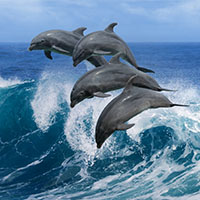 However, we can all play our small part to make a big change and be Animal Planet #PlanetWarriors — including you! Did you know that by only flushing the three P’s down the loo — poo, pee, and (toilet) paper and you will be doing your part in helping all marine animals thrive in the wild by keeping waterways clear? You can do it!

For more incredible facts and information on how you can make small changes, visit www.animalplanetmagazine.com .

You can subscribe to Animal Planet magazine and have a world of wonder delivered straight to your door, every single month, CLICK HERE!